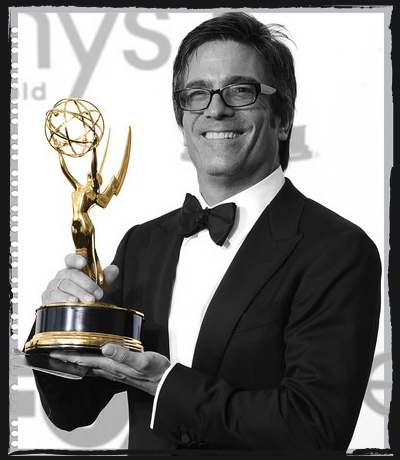 In 2011, Michael Spiller won both an Emmy and a DGA award for his directing work on TV’s Modern Family, and was nominated for a DGA award again in 2012. He launched his successful directing career after years of working as a director of photography on high-profile feature films, documentaries, commercials, and music videos. After getting his first directing work on HBO’s Sex and The City, Michael moved to Los Angeles and continued to direct some of the hottest shows on TV. His credits include over twenty episodes each of Modern Family and Scrubs, as well as multiple episodes of The New Girl, Don’t Trust The B—- in Apt 23, The Middle, Cougartown, Bernie Mac, as well as directing the pilots for Jake in Progress and Big Day and serving as a supervising producer on those series. Michael currently is the executive producer/director for the critically-acclaimed new Fox series, The Mindy Project, and is developing several projects for both television and feature films.

”It’s a bit of an unsung position in a way but, I feel like I have a lot of influence over the show and creating the right mood and chemistry on-set, as well as assembling the team that we need to pull this off. - Michael Spiller

”I would rather have an open conversation from a character standpoint, rather than limit myself to my own narrowly conceived idea or preconception, because that collaboration is where it gets exciting. - Michael Spiller

”Michael is very skilled. . .He brings a very strong command of shots and of capturing sequences, particularly complicated setups, like the ‘Halloween’ episode for which he has won so many awards [including the DGA Award]. That was a big, complicated show with a lot of moving parts and he was able to see it clearly. - Steven Levitan

Variety: Helmers Huddle on How to Get Ahead by David Kronke

”But with a lot of drive, adaptability, talent and luck, directors can prove to be so invaluable that they’ll land a steady gig on a series of their own. - David Kronke